Thanjavur is a beautiful town with cultural and historical significance. The place has contributed extensively to art and craft of Tamil Nadu. A very important festival in the city is the Thyagaraja Music Festival. The annual event is also known as Thyagaraja Aradhana. The sensational festival is conducted during the month of January and February. Musicians from different parts of the country flock into the town for this music festival. Thyagaraja Aradhana is extremely famous amongst Carnatic musicians and fans of classical music. These enthusiasts tend to turn into the event every year like devotees. This is one of the major highlights about Thyagaraja Aradhana. The five day feast is hosted near Thyagaraja's Samadhi. 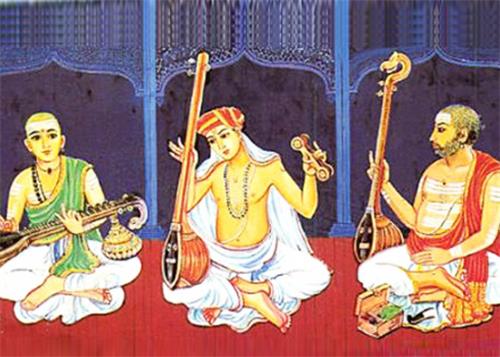 As suggested by its name, the event is hosted as a tribute to Thyagaraja. He was a famous musician from Thanjavur. The musical event is conducted annually in Thiruvaiyaru - the town where Thyagaraja lived and attained enlightenment. In the beginning, Thyagaraja Aradhana was held for eight long days. History states that a wealthy temple dancer called Nagarathnammal visited Thiruvaiyaru to see Thyagraja's memorial. However, she was not allowed to pay homage because she was a woman. Conversely, she purchased a small plot of land and built a glorious temple. In 2009, the 162nd Thyagaraja Aradhana was conducted. 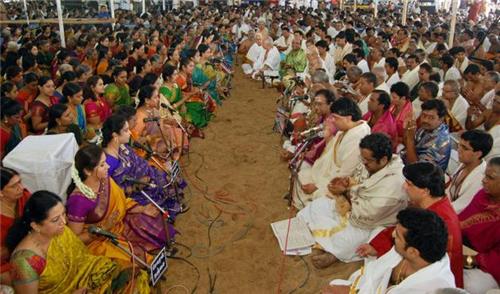 Thyagaraja Aradhana is conducted 4 days before Pushya Bagula Panchami and it ends on the day of Pushya Bagula Panchami. Literature identifies Pushya Bangula Banchami as the day Thyagaraja attained Samadhi. During this time, the streets of Thanjuvur are decorated with lights, huge speakers and flowers. The musical event is a real festival in the town.

Thyagaraja Aradhana is a structured festival. The 5-day festival is inaugurated at 5 pm by special guests and the performance lasts till 11 at night. Senior Carnatic musicians perform between 6 pm and 10 pm. Each musician is allowed to perform for 20 minutes. Conventional performers are allowed to go live between 4 pm and 6 pm while junior musicians perform between 10 am and 3 pm. During the intermediate gaps, Nadaswaram artists perform. The last day is regarded as very special and auspicious as all musicians gather round and sing Pancharatna Kritthis. The event is witnessed by nearly 20,000 people. 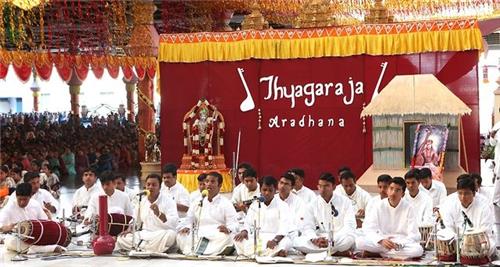 Thyagaraja Aradhana is organized by experienced event management teams. Two separate stages are put up. As artists set their musical gears on one stage, the previous artists wrap up their performance on the other stage. This way the audiences are always enlightened with a performance.

Thyagaraja Aradhana is regarded as a perfect ground for young musicians. Novice musicians are allowed to perform on stage, in front of popular singers and well reputed artists. The music festival is celebrated amazingly in different parts of the world too.