Your mobile number is not registered with us. Please register your mobile no.

Thanjavur Doll is a unique and antique product from the cultural city. The doll is a part of Thanjavur's traditional arts. It is found only in the district of Tanjore. The beautiful doll is well known for its elegant movements and steps like a dancer. The doll is put together to produce slow damping movements. The Thanjavur Doll plays an integral role in the Kondapalli Art and Craft. 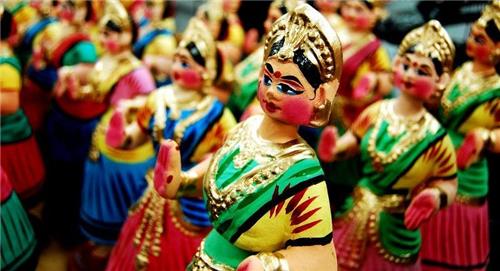 The demand for Thanjavur Dolls is remarkably high in and around the city. All doll lovers tend to admire the beautiful structure for its authentic and one-of-a-kind nature. Thanjavur Dolls have a history that dates back by several centuries. The dolls were made during early 19th century. This was when King Saraboji ruled Tanjore. His passion for colors and art evolved to be the root cause of this beautiful structure.

The dolls come in different styles, shapes, sizes and colours. Some of them are Hindu Goddesses, while there are Manipuri dancers, Kathakali dancers and Bharatanatyam dancers too. The doll is mostly made of wood, white stone powder, tapioca and paper. The doll has four important parts that move: legs, head, hands and body. The doll's perfection depends on how the artisan moulds the head and the rest of the body parts.  The body has to be curved carefully, if the head has to swing properly. The heads can be detached from the body. Moreover, the head would be bigger than the lower body part. This is a major uniqueness of the doll. The doll usually welcomes everyone with a shaking head and body. Oscillation makes the doll extremely beautiful and unique. Generally, these creations are sold in pairs, where you will find a queen and king to represent various dynasties. 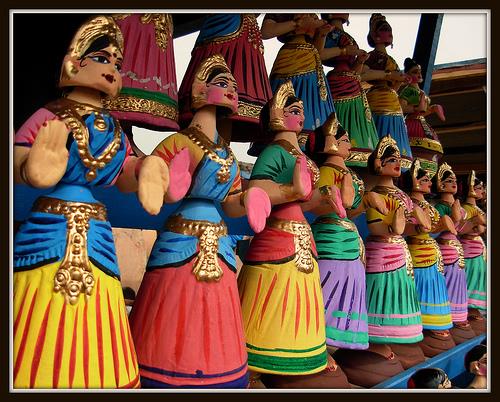 It is quite interesting to note how the doll's centre of gravity was identified and used during the early days. The doll's total weight is concentrated on the bottom-most central all the time. The round bottomed toy comes in sitting, standing and rotating types. Some artists tend to design the Thanjavur Doll with a sense of humour. 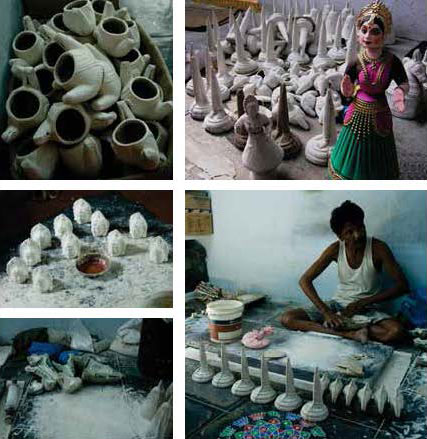 Thanjavur Dolls are sold extensively during the Navaratri Season. This is when the dolls are used as a part of the golus. The dolls are admired, collected and arranged by people of diverse age groups. Myths and legends state that the Tanjore racking dolls are used to showcase the downfall and upliftment of life. Nearly nine racks are decorated with these beautiful little creations.


Where to buy Thanjavur Bommai 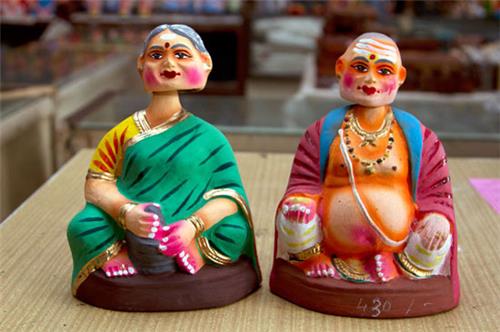 Thanjavur dolls are sold mostly near the Punainallur Pariamman Temple of Tamil Nadu. The dolls are also sold in small shops that are located in the city. The making of Thanjavur Dolls is a family business. There are nearly 24 families in the town, which specialize in the creation of Tanjore dolls. Some people tend to make the doll molds out of cement, mud and plaster of paris. These dolls are also known as Uruttu Bommais. Expensive versions of the Thanjavur Doll are made of brass.