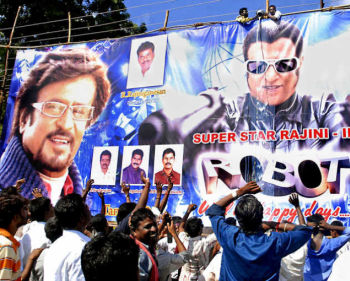 The love for movies is paralleled in southern city Thanjavur like in the rest of the country. There are now multiplexes that are coming up in the city that provide one a wonderful experience of movie watching. These multiplexes are often opened in malls so they provide you not only the option of going to movies but one can also enjoy eating and have fun even after the movie is over. The new age theaters are comfortable and fully air conditioned. The multiplex culture has also opened up the new genres of film making as the new and different kind of cinema can easily reach its targeted audience. Besides multiplexes there are many single screen theaters in Thanjavur as well.


Explore more about Entertainment and Night life in Thanjavur