Ancient Monuments in Thanjavur From The Early Centuries

Thanjavur is a popular ancient city of Tamilnadu, India. Though Thanjavur was founded by a king of the Mutharayar dynasty, this city became very popular during the rule of the Chola Kings. Thanjavur was the capital of the Chola Empire. After the Chola period Thanjavur was under the rule of different dynasties like Pandyas, Vijayanagar Empire and Nayaks. Thanjavur is a center of South Indian art, culture and architecture. This place is well connected by roads and railways with other parts of Tamilnadu. There are many ancient temples, palaces and forts in Thanjavur and they are known for their architectural beauty. Kids as well as adults enjoy the trip to Thanjavur. There are many places in Thanjavur that are ideal for kids to visit and enjoy. 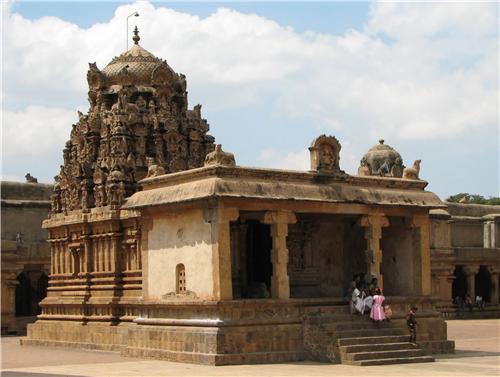 Brihadeeswara Temple or The Big Temple is the most important place to visit in Thanjavur. This is a temple of 11th century and was built by the Chola Emperor Rajaraja Cholan. This temple is dedicated to the Hindu God Lord Shiva. The idol has a length of 5.94m. The rare structure of this temple reveals the ancient architecture. The statue of “Nandi” in this temple is 15 feet long and 13 feet high and is carved out of a single stone.

The Thanjavur Royal palace is another attraction in Thanjavur. This palace was built in 16th century and was the residence of the Nayak kings. In 17th century this palace became the residence of the Maratha kings. The Royal Palace consists of the Nayak Hall, Durbar Hall, Library and the arsenal tower. Nayak Hall is now the Thanjavur Art Gallery. Here one can see many artefacts that belong to the Chola period. In the Durbar Hall one can see the throne canopy decorated in mirror-glass works of the Thanjavur style.

Thanjavur Art Gallery is situated in the Thanjavur Royal Palace and is one of the main attractions in Thanjavur. It is housed in the Nayak Hall of the palace. An extensive collection of stone and bronze statues and idols of 8th and 9t h centuries are kept here. 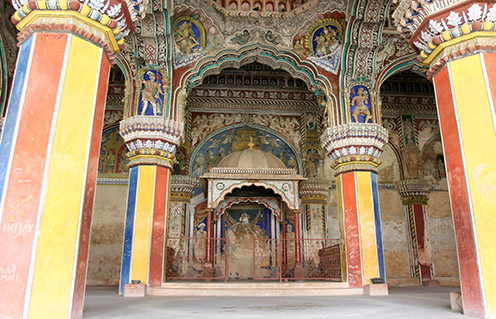 Vijayanagara Fort is a famous historic monument in Thanjavur. The fort is just 2km away from the Big Temple and it was built in the year 1550. A part of the Vijaynagara Fort was constructed by the Nayak king Vijay Raghav. It was later completed by the Maratha rulers. This Fort is now maintained by the archeology department.

Gangaikondacholapuram is a thousand year old temple. This temple was constructed by the king Rajendra Cholan, son of Rajaraja Cholan. This temple is also dedicated to Lord Shiva. Here the idol is still larger than the idol in the Big Temple. The structure of this temple is highly fascinating and temple is well maintained. 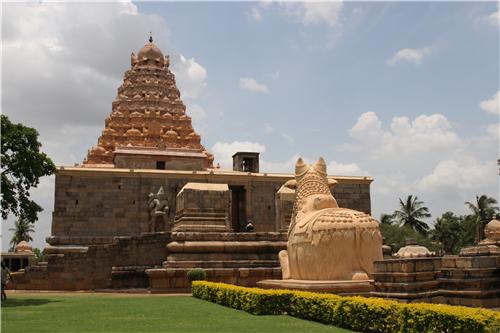 Grand Anicut or Kallani is a heritage site of Tamilnadu and it is still in use. The tourists visiting Thanjavur should not give this place a miss! The Grand Anicut was built in 1st century AD by the Chola King Karikalan. The Grand Anicut which is 329m long and 20m wide is built across the River Cauvery at the beghinning of the Cauvery delta.