Every city has its own physicality and its own structure. It get divided into some posh areas, middle class areas, best market places, commercial areas and many more such distinctions can be made. All of these areas have their own importance in the city and contribute to giving city its very own flavor. Thanjavur is an important town of Tamil Nadu. There are areas in the city that are known for high tourist activities, some are for other business and commercial uses, other are residential areas. Let’s have a look at some of the important localities of Thanjavur. 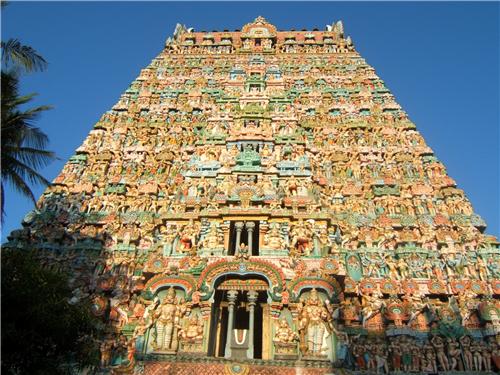 Kumbakonam is a very prominent locality in Thanjavur. It is mostly reviewed good in terms of every aspect on which a city can be rated. It is sated as a city to be preferred for retirees, Single professionals and family people. It is famous for Mahamaham Festival which comes only once in twelve years. This is commercial head quarter of its district. The town has a global contribution for mathematics as own very own and very famous mathematician was from this town. It is also called city of cities. This town is flooded with temples and if you go to any street you will found at least one temple there. This town is a delight for tourists and it is believed that there are about 25000 tourists that visit this town. The town gets thumbs up from its residents and visitors in terms of neighborhood, roads, safety, parking, schools, restaurants, hospitals and markets.

Another beautiful town of Thanjavur is Vallampudur which is fast developing. It scores good points in terms of basic facilities and safety. It is considered a very suitable place for initializing developmental projects like building a school, polytechnic hospital etc and other real estate projects. The town is suited for retired people.

Thiruvaiyaru is a prominent town that is present in Thanjavur District meaning five rivers. Thiruvaiyaru city’s coast line is marked by river Cauveri. It is actually 13 km from Thanjavur but is very well connected with the city with raods and bus services. Most famous thing about Thiruvaaiyaru is an old Siva temple that is dedicated to Panchanatheeswar. It is like honey for pilgrims. The five rivers that pass around the city are Arisilaaru, Vennaaru, Vettaaru, Kudamuruttiyaaru and Kaveriaaru. Thiruvaiyaru is considered very holy by people. It is compared with Varanasi and it is believed that bathing in the Cauvery rid devotees of sins in equal way as bathing in the Ganges does.

Papanasam is one of the panchayat towns in Thanjavur district which means Destruction of Sins. The distance of town by road to Thanjavur is 25 Kms. and from Kumbakonam is 15 Km. There are four rivers in the town named Cauvery, Thirumalairajan, Arasalaru and KudaMurutti. There are many famous temples in the town like: