Thanjavur is a delight for a tourist and that makes tourism a very inevitable contributor of the economy of the state. Besides tourism there are other small scale industries that are coming up in the city and agriculture is also the sector where most people are involved. The economic condition of the state can be understood by looking at the various sections separately. 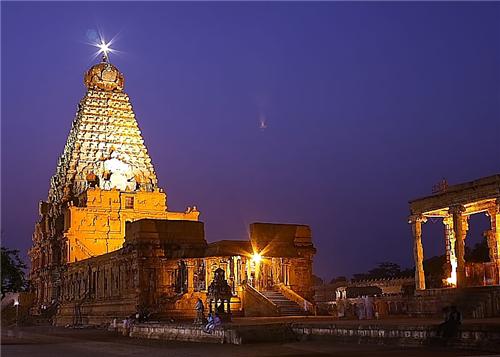 Due to its magnanimous history and rich cultural past Thanjavur presents a variety of things for tourists to explore. There are sights that are declared as the world heritage sites by UNESCO such as Brihadeeswarar Temple and Airavateswara temple and many more. The excellent architecture of Brihadeeswarar Temple has always been a thing of wonder. These places have always been the choices of visitors. A great number of foot fall on these places have given a chance to the local shop vendors to flourish. These shops sell souvenirs to tourists and other attractions of the place. Some of the shops sell even the very famous Thanjavur paintings and renowned silk. There are a variety of things to buy, to do and to eat at the market place surrounding these places. Tourism plays a significant role in generating foreign revenue by attracting foreign tourists from all across the globe. Tourist coming over to the city have also given the hotel and hospitality industry to come up. Tourism in a way has played a wide role in positive metamorphosis of the city and increasing its face value. With wide reach of publicity through internet and word of mouth tourism to this place is surely expected to increase and reach new heights and provide employment to many more locals. 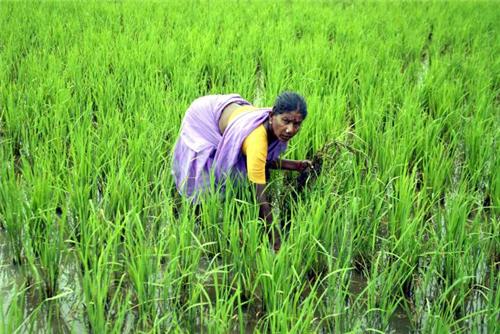 Thanjavur is famously called the rice bowl of Tamil Nadu because this place produces the most amount of rice in the whole state. This rice produced is utilized to fulfill needs of state and is also exported which in turn generates lot of revenue. Agriculture is very important part of the economy of the city as many people are involved in it and weather conditions allow a variety of crops to be grown in the city like  black gram, banana, coconut, red gram, sugarcane, ragi, green gram,  and maize etc. total cultivable area is 58%. And Kaveri River and its tributaries irrigate the district and  make it the most fertile region in the state The yearly agriculture season is divided into three parts Kuruvai (June to September), Samba (August to January) and Thaladi (September, October to February, March).

Besides crops another type of culture is flourishing in the city that is providing quality material and employment to a lot of people. That is the sericulture means silk farming or silk moth farming. The city is known to produce one of the finest qualities of silk in the country famously called as Thanjavur silk. Form the estimated studies in the past there are about 200 units of sericulture that provide employment to around 80,000 people. Beautiful saries produced from them is sold in Thanjavur and its neighboring places. 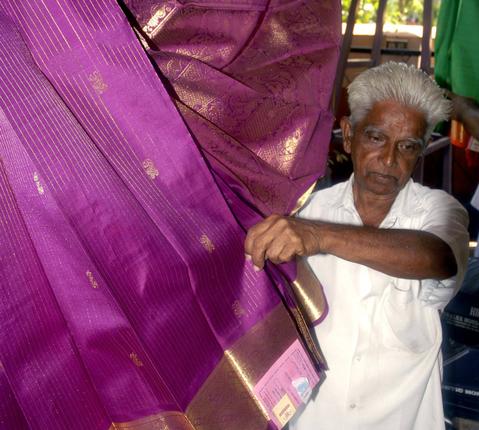 Thanjavur is the house for small scale industries that tackle different sections of productions like hand loom, chemical, paper, rubber, metal etc. The set up for small scale industries began in 1979 and from than it is growing rapidly providing employment and contribution to the city. Copper and bronze artifacts are sold like Thanjavur metal plates,  napkins, bronze images bowls, and powder boxes made of copper and bronze.

The musical association of the city makes it apt market to manufacture and sell musical instruments like veena, tambura, violin, mrithangam, thavil and kanjira. The government is constantly providing support to these small scale set ups and increasing opportunities in jobs and work constantly increasing the economical state of the city. The opportunities in marketing, finance, banking, management sectors are coming up in the job market.

There are about 166 bank branches present in the city that include all the major banks like  State Bank of India, Indian Bank, Central Bank of India, Punjab National Bank, Indian Overseas Bank,  ICICI Bank and City Union Bank. These banks provide assist commercial and trade dealings and provide financial support to small scale industries and playing a role in overall economic development.