Thanjavur is named after the demon Tanjan. If you thought going around the Thanjavur is all you got to do when you are here, then you are wrong. There are tons of things that you can explore around this grand city. When you are in Thanjavur, you need to extend your stay to visit nearby places. Because the region was ruled by Cholas, you can find their signature art and architecture around Thanjavur.
Just about one and a half drive form Thanjavur is the Chettinad town. Chettinad is famous all over the world for its exotic cuisine and less known for its architectural bliss. The rich heritage and art of this place is overpowered by the fame of its local cuisine called Chettinad cuisine. There’s a lot more to this beautiful place than just spicy chicken curry and drumstick sambar. 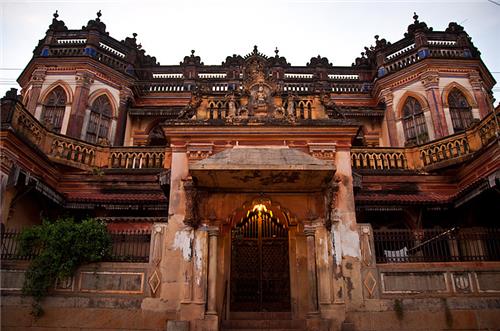 Chettinad is popular for the mansions that were built in the 18th century. These mansions have huge courtyards and spacious rooms. The wood and stone work of the mansions was inspired from the mansion in France and other countries in Europe. The construction was done using a lime stone called karai veedu. The outer walls of the mansion were painted with a mixture made of egg whites to give a fine and smooth finish and texture. 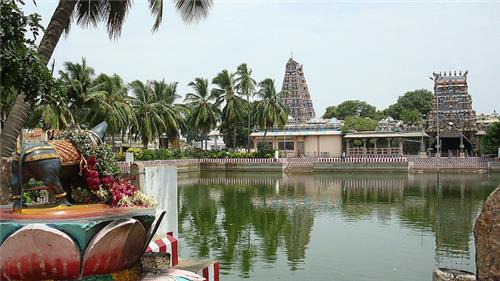 Cholas contributed to the religious development of Chettinad during their rule in this region. Temples were an important part of town planning. The development of town revolved around the temple. When you visit Chettinad, hire a guide who will take you around and explain how the town evolved around the temple. You can find temple in almost every turn in this region. Some temples were also built by earlier dynasties who ruled the region before Cholas.

Cholas built new temples and also maintained the old ones. The number of temples in this region defines the culture and religion of the local people. Cholas built temples to support the religious and spiritual beliefs of local people. Every temple in this region has its own tank that is filled with beautiful water lilies. The tank and its water is used for holy rituals of the temple. Many more temples are being unearthed that belong to Chettiars (popularly known as Nagarathars) of Poompattinam who latter migrated to Chettinad. Historians claim that the temples of this region are invaluable. The inscriptions found carved on the stones, copper plates and manuscripts are evaluated to get better understanding of historical events that took place. Some wealthy people of Chettinad also sponsored the building of temples.

Some of the important temples of Chettinad are Karpaga Vinayakar temple, Vairavan temple, Kundrakudi Murugan temple, Kandanur Sivan temple, Iraniyur, and Kottaiyur Sivan temple. Each temple has its own deity and follows their own rituals.